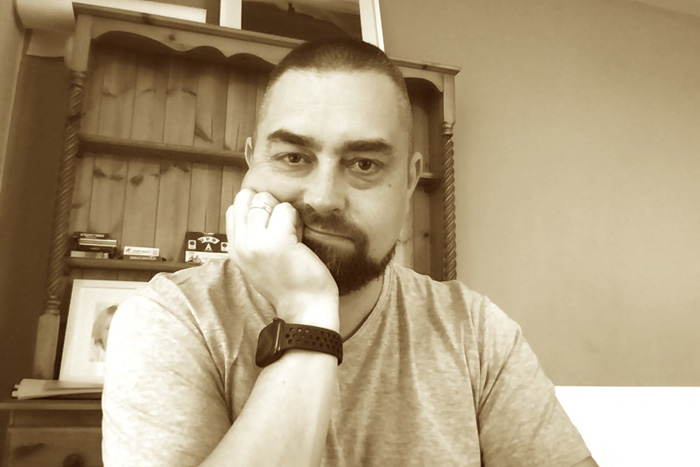 Having recently returned to his homeland after many years living overseas, Alistair Rigg is honoured to be appointed Venture Captain of England. While the landscape of organised play has, perhaps, been forever changed through the impact of the pandemic, he is looking forward to a return to the tabletop where he hopes to meet you all, one day.

Alistair first became involved with the Pathfinder Society in 2009 when he began building Australia’s Sydney Lodge. He was appointed Venture-Captain in 2011, shortly after the first call for regional coordinators. Throughout his tenure, Alistair has created and coordinated many game days and conventions, including PaizoCon Oz, which he co-founded with Stephen White, and Lissalapalooza, the largest Pathfinder convention in the southern hemisphere. Alistair has also acted as VC for Canberra, for Auckland, and, most recently, for San Francisco’s North and East Bay Area.

Alistair was the fourth Campaign Coin recipient and the second to be inducted into the Order of the Wayfinder in recognition of his contributions to the Society.

He is a freelance writer with numerous publications through Paizo, Legendary Games, Frog God Games, and Kobold Press. He is particularly proud of his contributions to Richard Pett's The Blight campaign setting—for which he also wrote the adventure Horror in the Sinks—and The Book in the Old House, the first volume of Greg A. Vaughan’s Aegis of Empires Adventure Path.

Dates for your diary