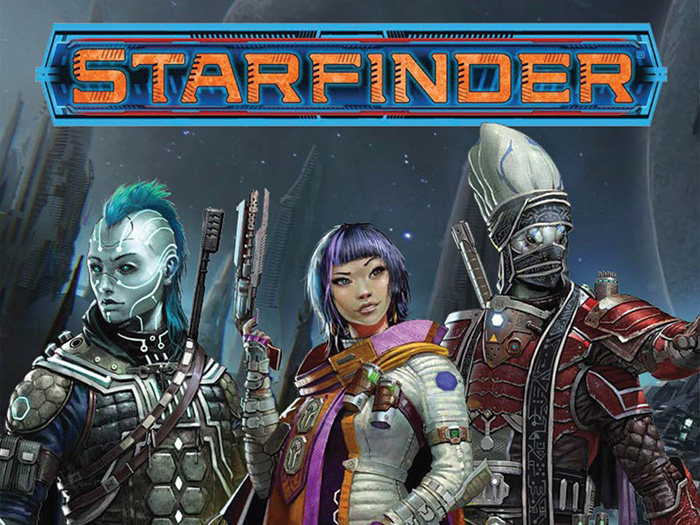 It will be separate from Pathfinder organised play, with different rules, documentation, and characters, although many similarities exist in structure and format, including a shared volunteer team.

How much is staying the same from Pathfinder Society Roleplaying Guild?

We still have quests and scenarios with Chronicle sheets. Adventures will be broken into tiers, grant XP, and provide other rewards. Three experience points (XP) grant a level. There are fairly cooperative factions within the Starfinder Society, based on their worldview and goals. Paizo will reveal more information about the campaign as we get closer to its launch in August 2017.

Do I get to keep my same Pathfinder Society number?

If all that is the same, what is different?

Paizo made a couple major changes for Starfinder Society. The first is the tier system. They are closing the gap between subtiers that resulted in so much confusion and consternation with calculating average party level (APL). Starfinder scenarios will include the following tiers: Tier 1-2, Tier 1-4, Tier 3-6, Tier 5-8, Tier 7-10, and Tier 9-12—perhaps more as higher-level play grows in popularity.

The second most noticeable change is that characters have a means of belonging to more than one faction at a time. Unlike the current Pathfinder Society faction rules, Starfinder Society characters will be able to gain favor with multiple groups, choosing which they want to champion on a scenario-by-scenario basis. But just like multiclassing, focusing on several groups won't see the same benefits as focusing on a primary faction. These changes to the faction system tie in with another issue that we are addressing: the handling of boons. One of the goals is developing a way to make the boons on Chronicles more relevant, and not just a stack of paper players stick in the back of their folder.

What is the release schedule?

The Starfinder Society Roleplaying Guild launches with 3 scenarios, 1 pre-generated character special, and 1 quest pack at Gen Con. From there, Paizo will publish one scenario a month. Moving to a slower release schedule allows Paizo to spin up the program and settle into the groove of running three organized play programs. During this time, Paizo will ask for feedback and assess the rate of publication for 2018 and beyond.

When can I start playing Starfinder Society?

The fun begins Thursday, August 17th, at 8:00 AM Pacific time in the Sagamore Ballroom at Gen Con. After Thursday morning, anyone, anytime, anywhere, may schedule Starfinder Society Roleplaying Guild events.

ConTingency, Hunstanton 19–23 Januray 2022 awaiting confirmation it will go ahead as a live event

ConTraption, Worthing will be back as an "in-person" event in 2022