26 October 2021
Pathfinder Nexus announced for 2022
Paizo has a new partnership with Demiplane to create Pathfinder Nexus, an official digital toolset for Pathfinder Second Edition! It will include a game compendium, digital reader, character builder, and interactive digital character sheet, plus a playspace with video chat that integrates with the other tools. Demiplane plans to extend this further in the future. Their website is at https://app.demiplane.com/nexus/pathfinder2e

24 September 2021
Free RPG Day. Pathfinder: The Threshold of Knowledge For 1st level pre-gen characters. Take on the role of one of five students from the prestigious Magaambya, the oldest school of magic in the Inner Sea region. When a teacher goes missing, it's up to you to solve a wicked mystery that threatens the existence of the Magaambya itself!

12 August 2021
Revised rewards. The following Adventures now award 24 days of Downtime:
• The Fall of Plaguestone
• Troubles in Otari
• Each volume of the Age of Ashes Adventure Path
• Each volume of the Extinction Curse Adventure Path
The following Adventures now award 8 days of Downtime:
• Each level of the Pathfinder Beginner Box: Menace Under Otari
• Little Trouble in Big Absalom (initially awarded 2)
Players who have already played these adventures may treat the Downtime as if they succeeded (but did not critically succeed) at an Earn Income activity appropriate to the level at which they applied the Chronicle Sheet (so a 3rd-level character would earn 5 sp per day of Downtime). Mark the gold earned on your most recent Chronicle Sheet with a note about its source.
The following Adventures now award 4 Reputation with your chosen Faction:
• Pathfinder One-Shot #1: Sundered Waves
• Pathfinder One-Shot #2: Dinner at Lionlodge M
• Little Trouble in Big Absalom (initially awarded 1)
Make a note on your most recent Chronicle Sheet to reflect the increased Reputation. We’ve already updated these Reputation values in the reporting system and applied them to your character’s default faction.
Apology for error on reward for Little Trouble in Big Absalom. In future if an adventure takes 4 hours to play, it will award credit as if it were a scenario.

26 July 2021
Revised release schedule. In future Pathfinder Society will release 3 new scenarios for the season launch in August and 2 new scenarios in September, November, and December. In October, we will release 1 new scenario. There will be a similar pattern in 2022.

Sanctioning First Edition. The updated versions of the PFS (First Edition) Additional Resources and Campaign Clarifications have been released and take effect immediately. We anticipate that this will be the final version of these documents, barring any major issues. The sanctioning documents for the final Adventure Paths will follow but their rules options are all factored into this update.

15 July 2021
During the "Year of Shattered Sanctuaries", Pathfinder Society Achievement Point boons will be revised to make it easier to create characters who are hobgoblins, lizardfolk, intelligent plants or humanoid cats. These adjustments will go into effect on 19 August 2021.

11 June 2021
Year of the Shattered Sanctuaries launches at PaizoCon Europe Online (19–22 August 2021). New threats arise close to home. The Grand Lodge is suddenly overwhelmed with desperate calls for aid from lodges across the Inner Sea — and from the Society’s allies within the city of Absalom itself!  Read the blog

1 June 2021
The keynote speech that Erik Mona gave to kick of this year’s PaizoCon Online is available to watch on YouTube. It’s a great overview of what’s coming up in the year ahead.

21 May 2021
Humble Bundle of Bestiary and other Pathfinder material. Link here.

Dates for your diary 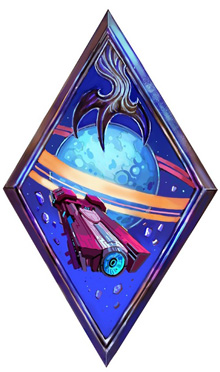