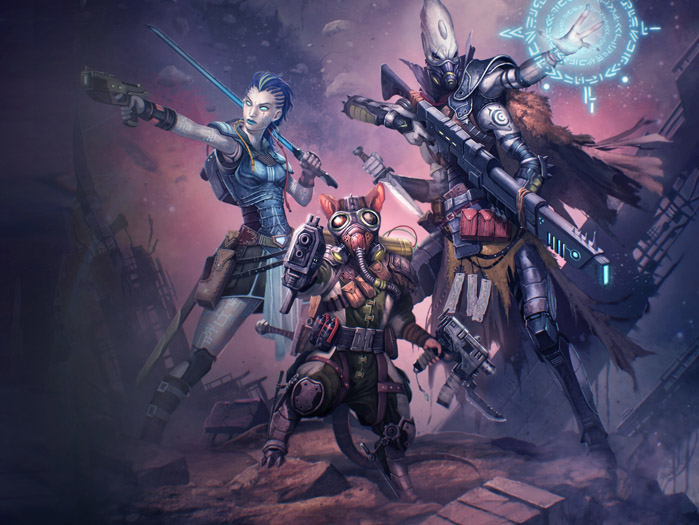 Biohacker, Vanguard and Witchwarper! This playtest focuses on three new classes for the upcoming Starfinder Character Operations Manual, a sourcebook full of new character options that is scheduled to release in late 2019.

First up is the biohacker, a brilliant super-scientist who analyzes their enemies and creates injections that can help allies or hinder foes. Biohackers specialize in scientific fields of study and utilize a scientific method that is either studious and methodical, or instinctive and improvisational—the hallmarks of any good mad scientist! Next is the vanguard, a martial character who excels in melee fighting and channels the entropic forces of the universe to manipulate their surroundings, bolster themselves and their allies, and power their devastating unarmed strikes. Finally, we present the witchwarper. This Charisma-based spellcaster pulls from alternate realities to power their magic and alter the environment and even nearby creatures to the witchwarper's advantage. This playtest is your chance to get a look at early versions of these classes and have a hand in their development before they are published! Starfinder Classes Playtest

Download the free PDF of the Character Operations Manual Playtest from starfinderplaytest.com. You can use them in existing adventures like Starfinder Society scenarios or Starfinder Adventure Paths. From now until the playtest’s completion, players can create unique custom characters of levels 1, 4 and 8 to test the new classes in Starfinder Organised Play. Then fill out the online surveys to let Paizo know what you think.